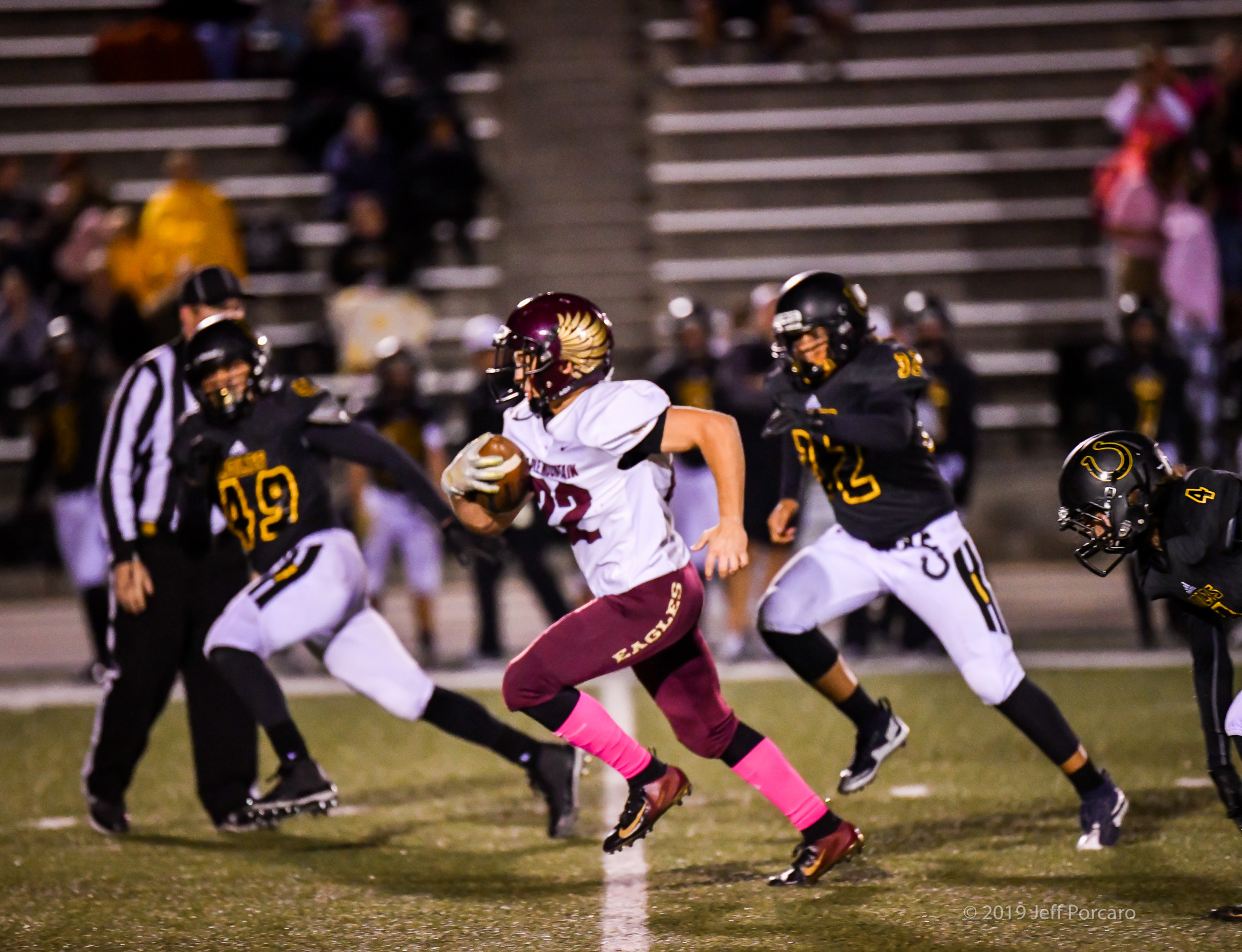 The Maple Mountain Golden Eagles faced the Cottonwood Colts for their first ever meeting at Cottonwood High School.

The Eagles started strong and had 5 different offense players score touchdowns (Brian Bess, Kyson Hall, Reuben Rose, Tyler Nelson, and Quinlin Jackson with 2). Seth Krommenhoek was 5/6 in extra points and Wyatt Dance was 1/2 in extra points. The offense had 307 offensive yards with 82 of them passing.

The defense held the Colts to 136 yards and had two touchdowns (Derek Blanthorn and Teddy Wright). The top tackler was Derek Blanthorn with 5.5 tackles.

The Golden Eagles face a tough Region 8 opponent on the road in Provo on Thursday October 10th.