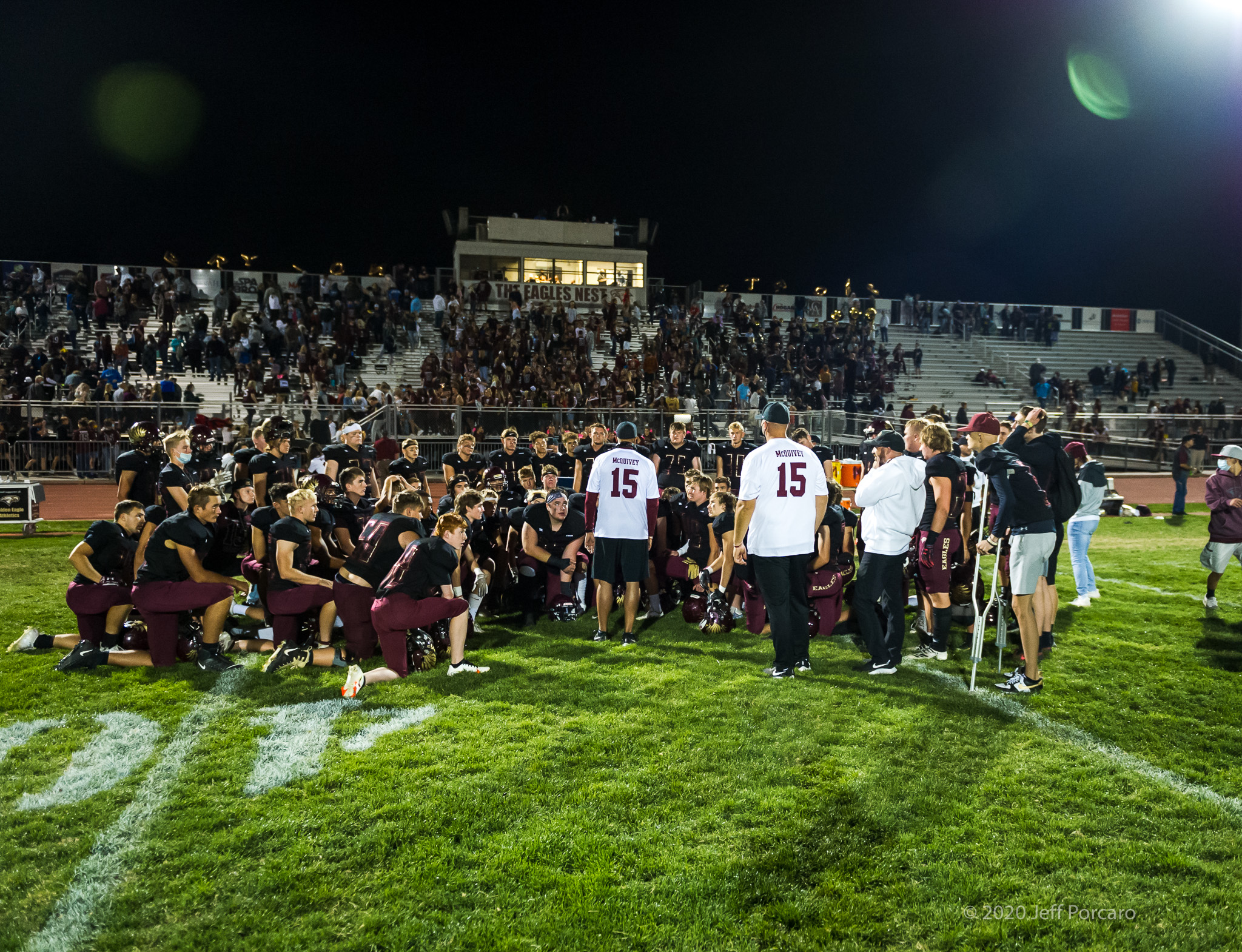 Maple Mountain played Region 8 rival Provo on Thursday and had a great win. The night was set to honor Bryson McQuivey and there was a silent auction to raise funds for his cancer treatment. The Coaches from both teams wore Bryson #15 shirts in each teams colors.

The Golden Eagles had 436 yards of total offense with a balanced attack of 208 rushing yards and 228 passing yards. Tyler Nelson had 2 rushing touchdowns, and he threw 2 passing touchdowns. He was 17 for 27 and had 191 passing yards Tyler had 7 carries for 35 yards. Kyson Hall threw a 37 yard halfback pass in the game. Thomas Weight had two rushing touchdowns and Brian Bess and Kyson Hall each had a receiving touchdown. Seth Krommenhoek was 6 for 6 in PATs. Thomas Weight had 17 carries for 93 yards. Quinlin Jackson had 3 caries for 82 yards. Brian Bess had 10 receptions for 159 yards, Kyson Hall had 5 receptions for 37 yards.

The Golden Eagles will fight on the road for their share of the Region 8 title on Wednesday Oct 14, 2020