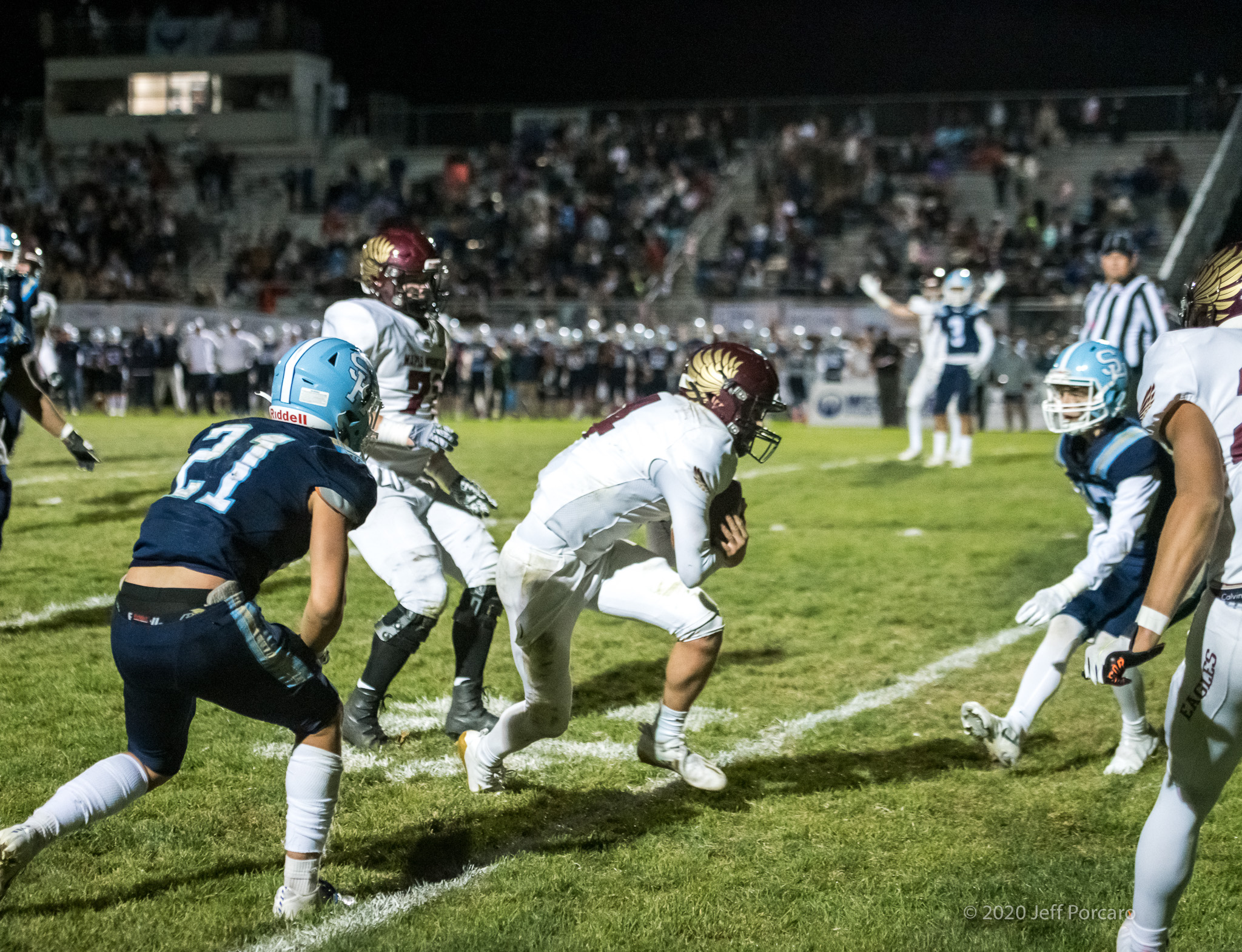 The Maple Mountain Golden Eagles finished their regular season on the road with Region 8 rival Salem Hills. This game was on a wednesday night to prepare for the Fall break and playoffs that will start next week.

The Golden Eagles offense had 333 yards total offense. 199 Rushing yards with 134 passing yards. Tyler Nelson was 11 for 23 in passing and threw 3 touchdown passes and had one rushing touchdown that put the eagles ahead in OT, Tyler also had 17 carries for 75 yards. . Thomas Weight had 14 carries for 122 yards and one TD. Brian Bess had 4 receptions for 40 yards and 1 TD. Johnny Kearl had 3 receptions for 27 yards and one TD. Cole McAllister had a 31 YD touchdown. Seth Krommenhoek was 5 for 5 in PATs.

The defense allowed 388 yards of offense from the Skyhawks. Derek Blanthorn was chosen to wear #15 for Bryson McQuivey and had a total of 7 tackles to lead the defense. Cole McAllister had 6 tackles and Cam Simons had 4.5 tackles with 1 sack.

With this win the Golden Eagles are Region 8 co-champions with Wasatch. The Golden Eagles await the RPI to com out on Saturday morning at 9:00a to see who they will face in the playoffs. The eagles are still in a position where they should get a first round bye.