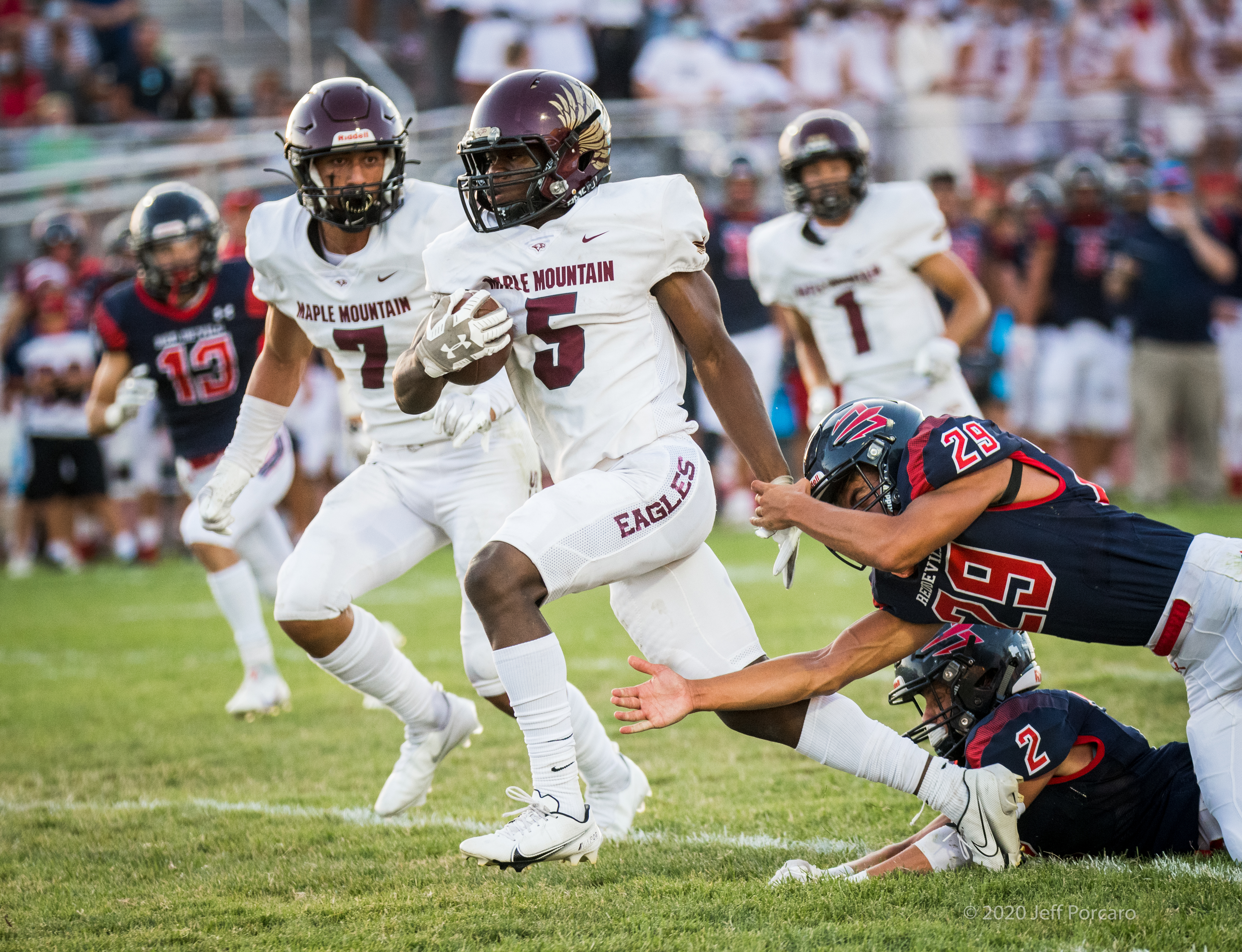 The Maple Mountain Golden Eagles won on the road at Springville. This is the first win against Springville in almost a decade.

The Red Devils scored first early in the second period. The Golden Eagles responded with a 35 YD run from Thomas Weight and a successful PAT from Seth Krommenhoek. Then the defense stopped the Red Devils and Tyler Nelson threw an 11 YD TD pass to Thomas Weight and with a successful PAT from Seth Krommenhoek the Eagles took the lead in the 2nd quarter.

Early in the 3rt Quarter Tyler Nelson met up with Aeden Seiuli for a 56 YD TD pass and the successful PAT from Seth Krommenhoek put the Eagles up 21-7.

In the 4th quarter Springville scored and put some pressure on Maple Mountain to score again with a Tyler Nelson 4 YD pass to Thomas Weight for his third touchdown of the game. and he then connected with Weight for the two point conversion to bring the final score to 29-15.

The Golden Eagles had 465 Yards of total offense, 265 of those were passing yards. Tyler Nelson threw 15 completions for 24 attempts, with 3 TDs with 1 interception. Maple Mountain had 25 rushing attempts averaging 8 yards per carry.

The defense allowed 345 yards of Red Devil offense. The defense leaders this game were Andrew Jensen and Trevan Hubbard with 6 tackles each, followed by Cole McAllister with 5.5 and Brett King and Derek Blanthorn with 5.

Tyler Nelson wore Jersey 15 in this game to honor Bryson McQuivey who is fighting cancer.

The Golden Eagles return with the Homecoming game on Friday Sept 11 against Murray High School.