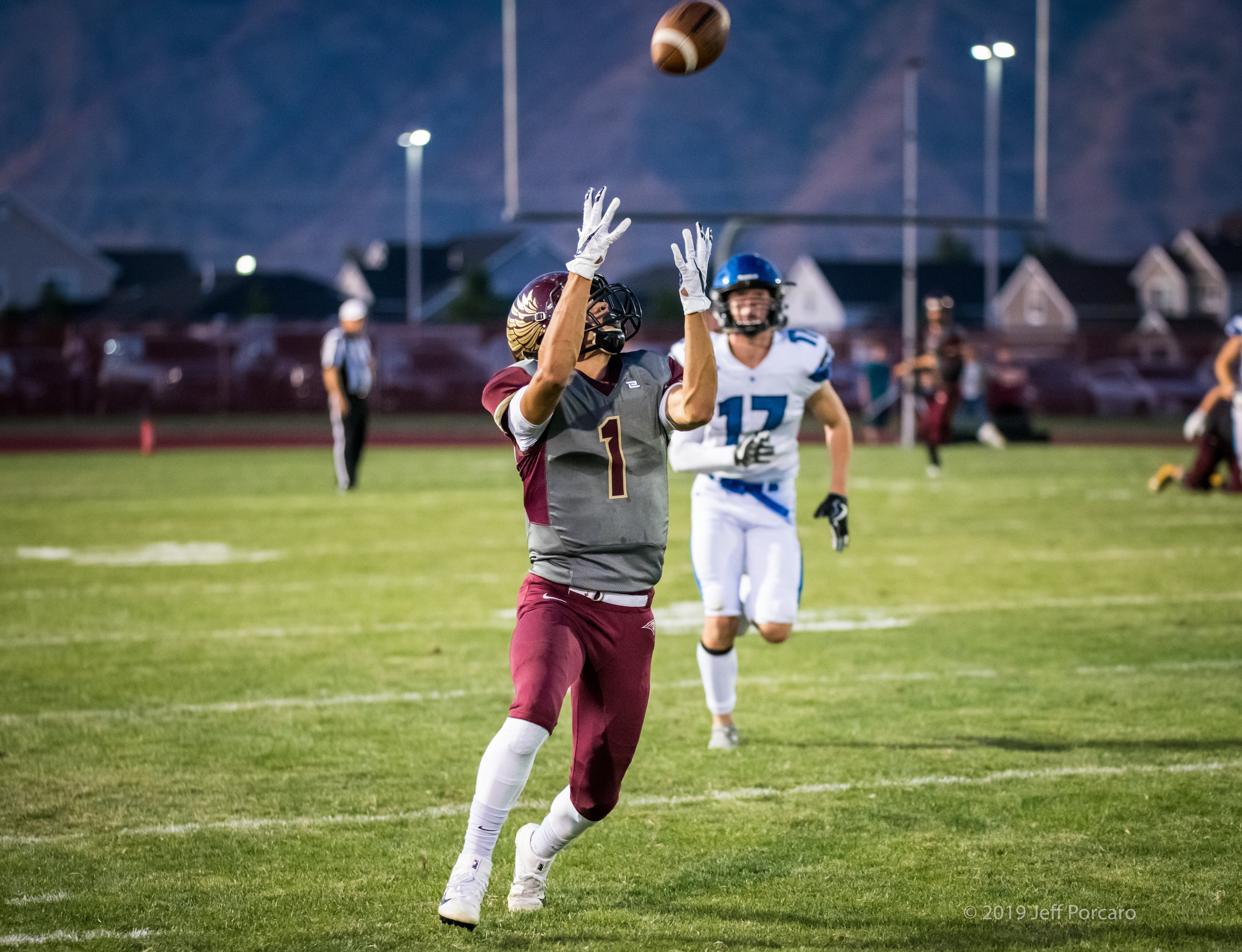 The first quarter was interrupted with an injury to a Maple Mountain player and an ambulance was dispatched for precautionary care of the player. A first half highlight for the Golden Eagles was the 91 YD kickoff return by Ammon Hess.

The Golden Eagles had 277 of offensive yards. Kyson Hall had 176 Yds of them with 6 receptions. The Eagles defense gave up 474 yards to Pleasant Grove. Derek Blanthorn lead the defense in tackles.

The Golden Eagles take on the Timpanogos Timberwolves on the road next week.