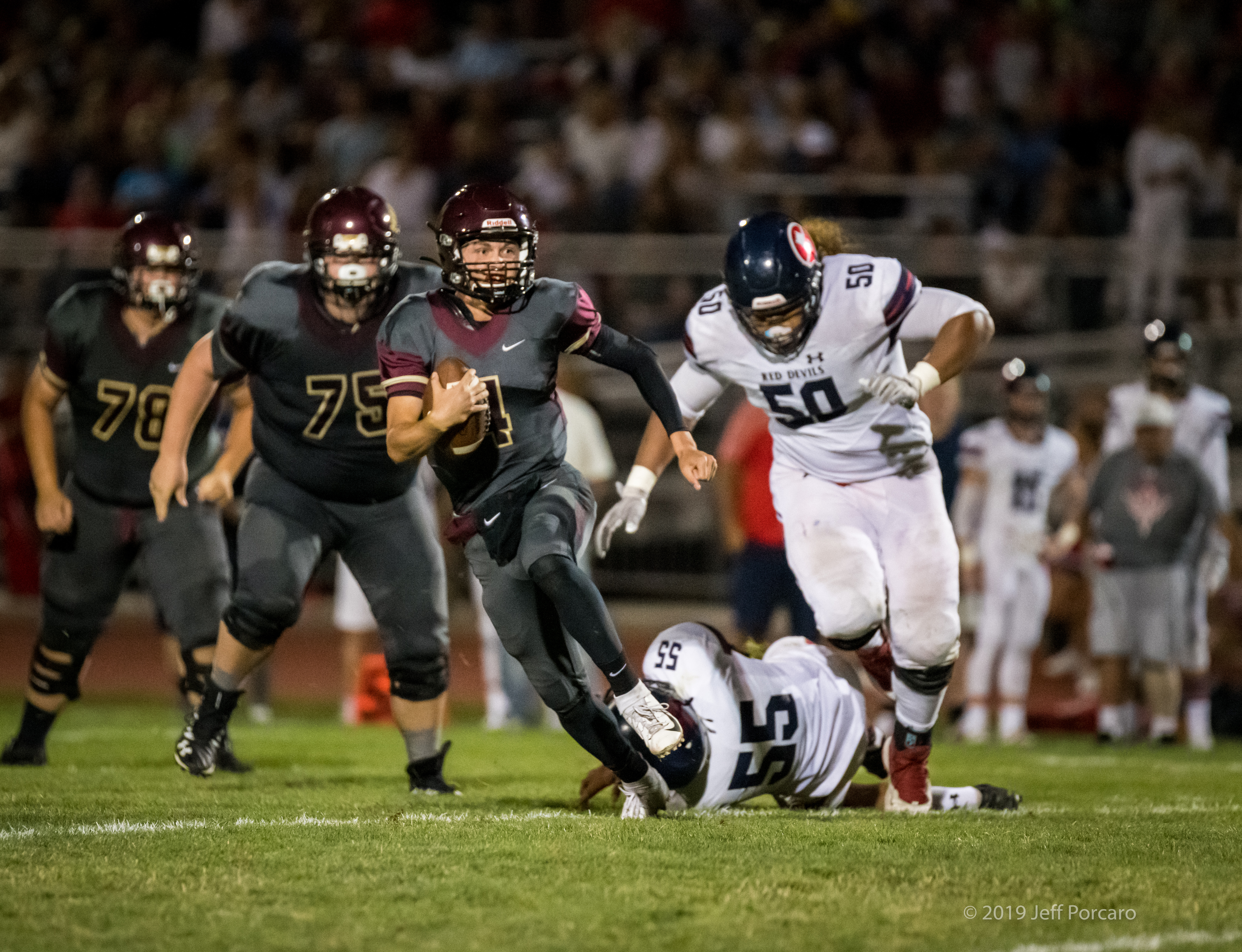 The Eagles and Devils battled for the next Quarter and half before Maple Mountain scored and had the game to within a score. The eagles fought until the end when the Red Devils scored with no time left on the clock to end the game 35-22.

The Golden Eagles had 273 yards Offense and 64 yards of that was rushing. Brian Bess had 5 receptions for 113 yards and 2 TDs. The Defense allowed 408 yards and Grady Nelson led the defense with 7.5 tackles.

The Golden Eagles travel to Payson next week for a region game.