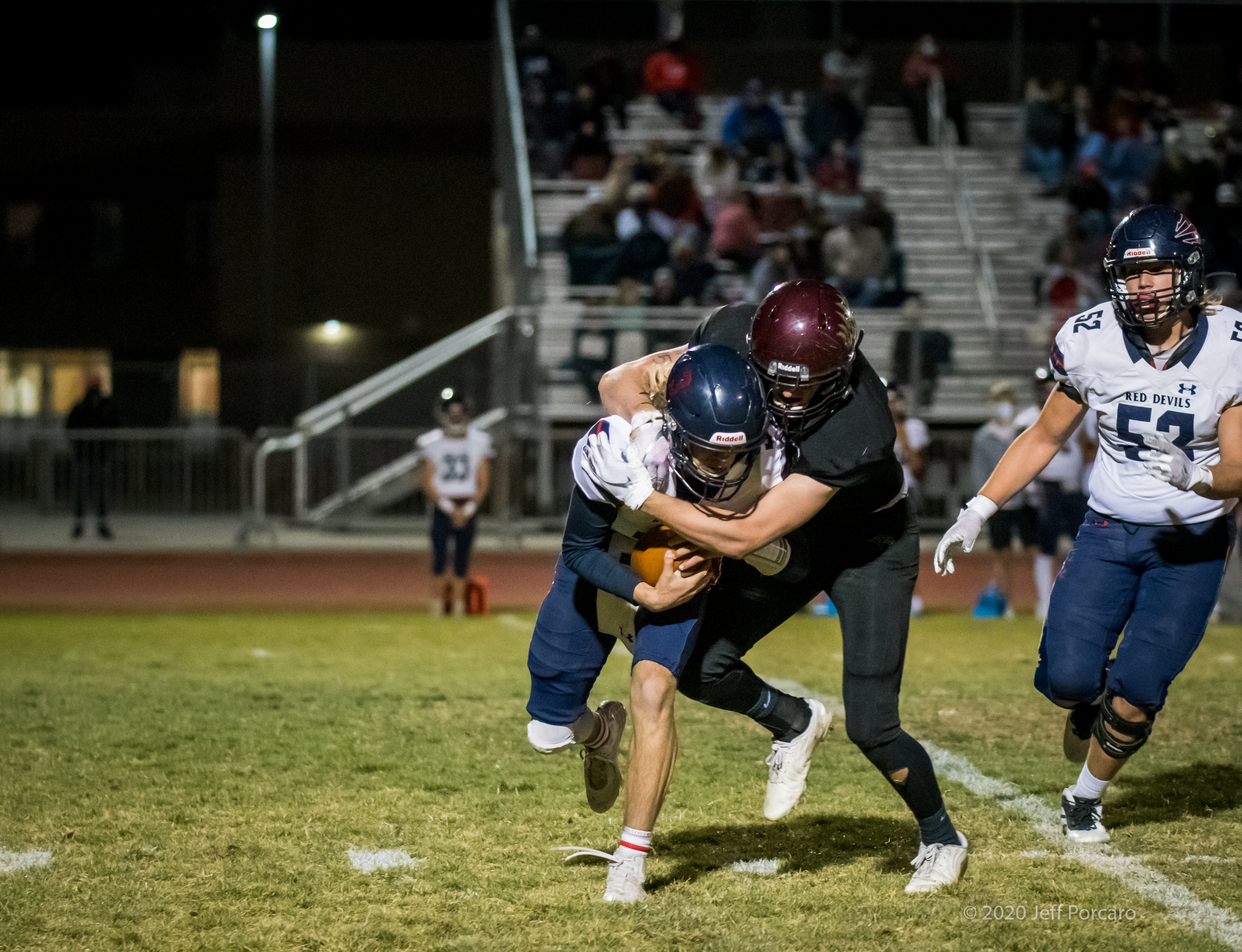 The Golden Eagles hosted the second round 5A Playoff game against Springville on Friday October 30.

The Defense allowed 266 yards and had 2 interceptions and one fumble recovery. Derek Blanthorn had 7 tackles. Besides his pick-six, Trevin Hubbard had 4 tackles and two sacks. The rest of the defense was spread around. Aeden Seiuli, Andrew Jensen, Cam Simons, and Cole McAllister had 4 tackles each.

With this win the Golden Eagles advance to the Quarterfinals and will host the Alta Hawks on Friday November 6 at 4:00p at MMHS.